We’re learning a lot during this pandemic. One thing is for sure: when the global food market is disrupted, local food producers are here to save us. Matt Gehrke, owner of Gehrke Grass-Fed Beef in DeKalb is one of those food producers.

Matt grew up on a farm in Dekalb and tried his hand at farming grain on his acreage, but he didn’t enjoy it. He got the idea to become an entrepreneur and start raising cattle. He converted his acreage into a pasture and started with four steers. Six years later his farm has grown to 40 steers on 40 acres of land.

The land is separated into 5 pastures that are planted with forage crops and grass. Forage crops are planted specifically for animals to eat and consist of a mix of millet, peas, clover, alfalfa, barley, oats, turnips, kale, sun hemp, brassica, and rapeseed. Gehrke seeds his pastures by airplane with winter-hardy seeds allowing the cattle to graze outside longer and eat less dry hay.

Gehrke uses an intensive type of rotational grazing called mob grazing. Mob grazing is high density, short-duration grazing with a long rest period. The cows are moved daily and graze a small portion of pasture each day. It’s hard work because fences must be regularly put up and taken down.

The cows love turnips as if they are jawbreakers. They eat them down to the ground where the rest remains buried and becomes fertilizer for the crop the following year. The ground is also naturally fertilized with manure making this a more environmentally friendly way of raising cattle. The pastures are full of earthworms and visited by hundreds of robins in the spring. Gehrke believes he captures 120 tons of carbon each year.

There are two types of steer on his farm, Angus Crossbreds and Belted Galloway. The Belted Galloway eat less during a drought. Gehrke’s cattle are never given hormones or antibiotics ever. Since it is sold directly to the customer it is also free of additives, brines, or color enhancing treatments used in standard food processing. Matt is also careful to mow or burn the weeds along the fence lines instead of using chemicals.

Grass-fed beef is much healthier than the typical grain-fed beef. It is 300% – 500% higher in Omega-3 fatty acids which are important in preventing and managing heart disease. It also has half the calories as feedlot beef. A half-pound burger made from grass-fed beef is approximately 250 calories.

Gehrke’s beef is processed at Country Village Meats in Sublette, IL. He usually takes in one steer there every 2-3 weeks. Approximately 400 pounds or ½ of every cow goes to the Blue Goose Market in St. Charles where it is dry-aged and processed for sale. Consumers also have the option to purchase half a steer directly from Gehrke. That meat is dry-aged at Country Village Meats and butchered and packaged according to the buyer’s request.

If you’re interested in purchasing a side of beef, get in line. Sales have been up since the pandemic and Gehrke is sold out of beef through February 2021. 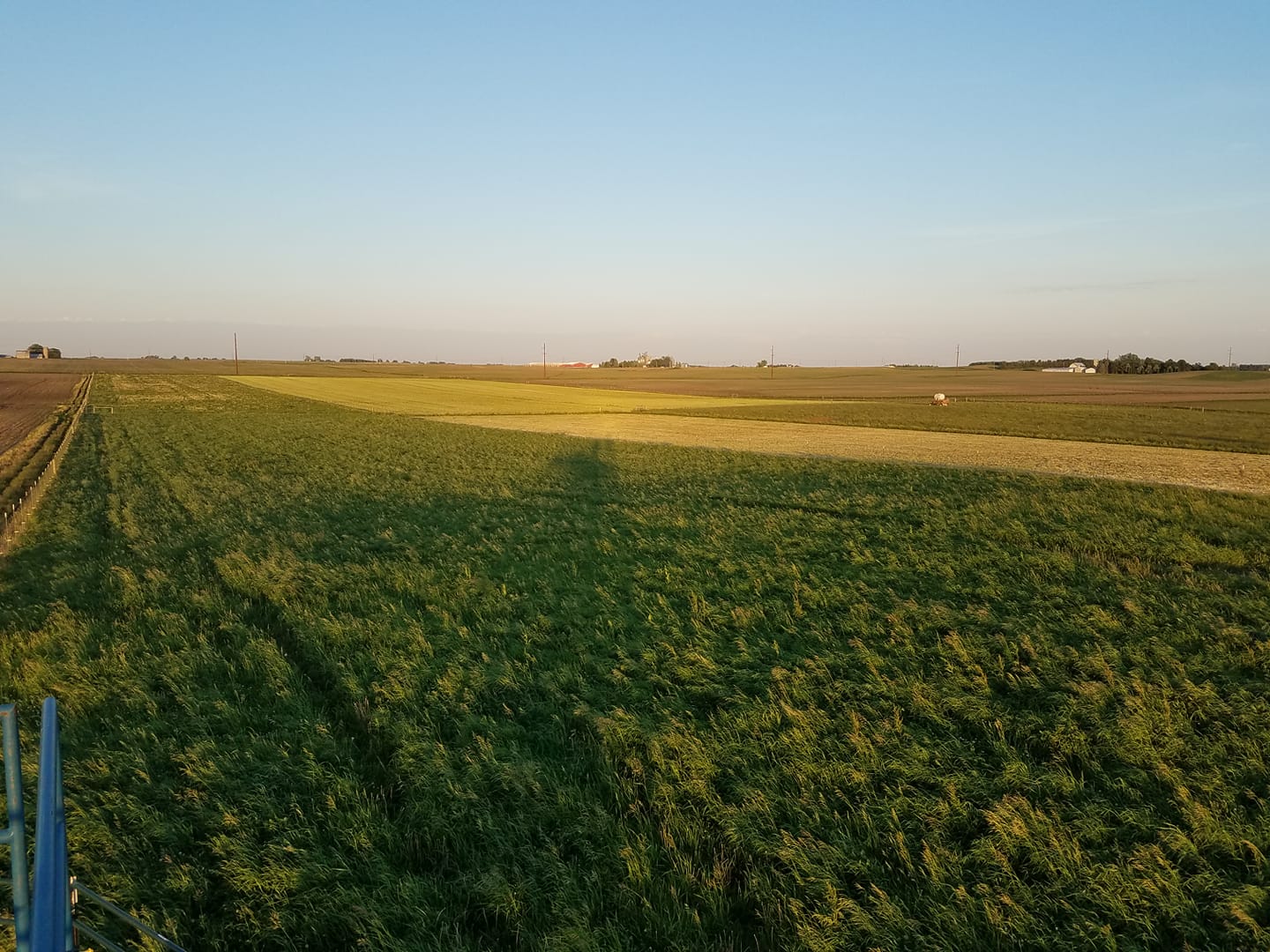 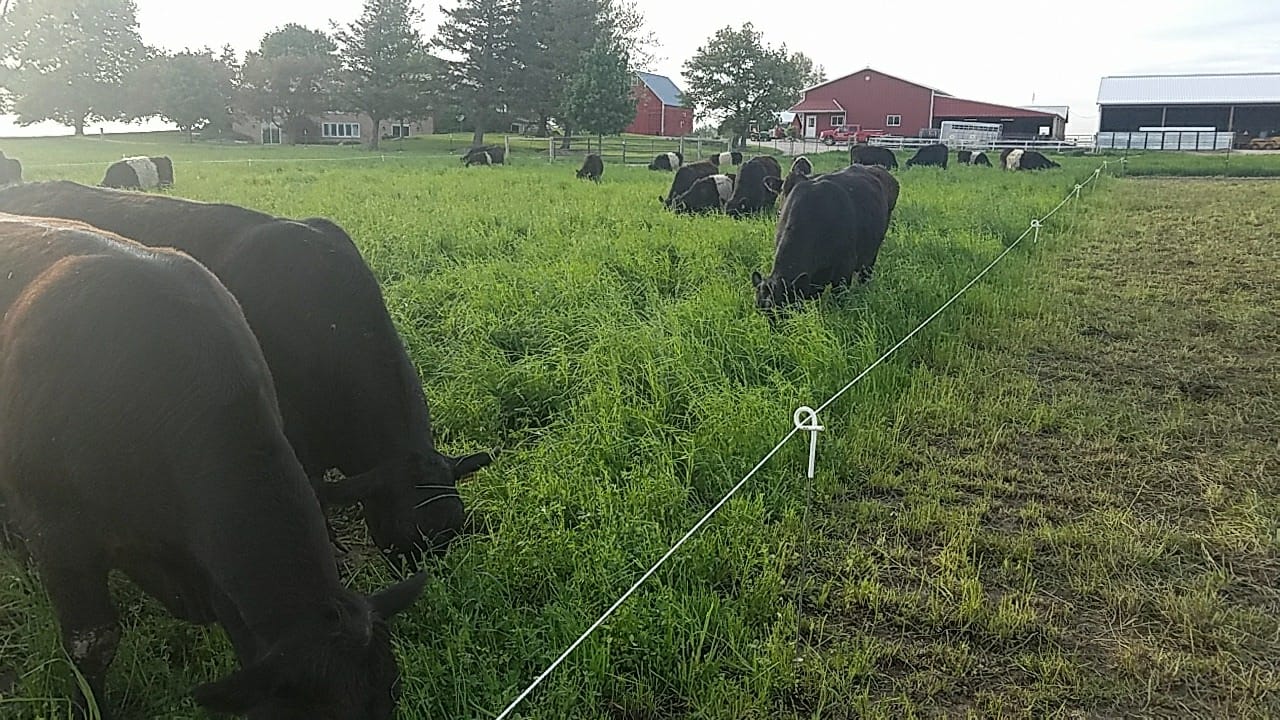 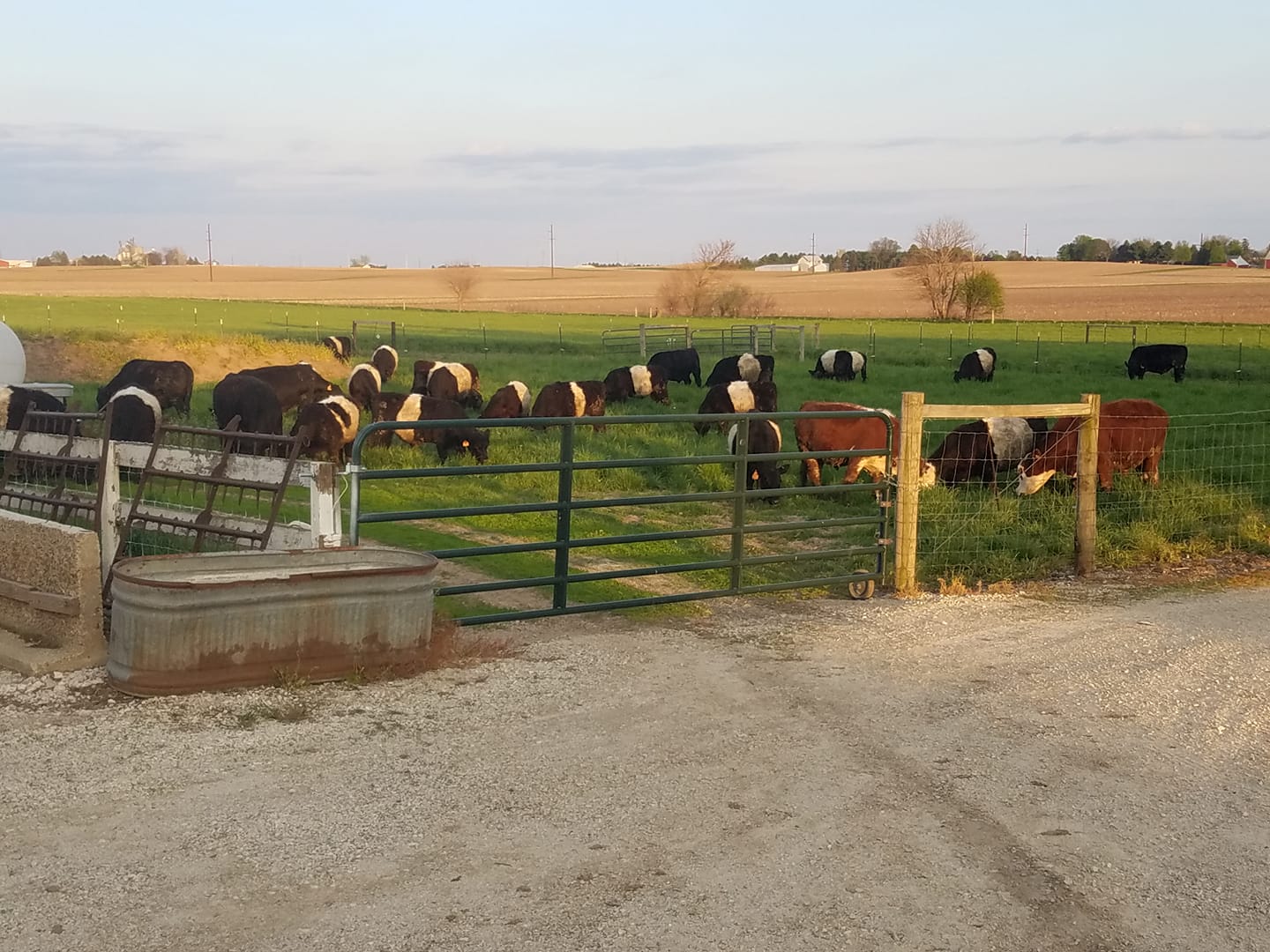